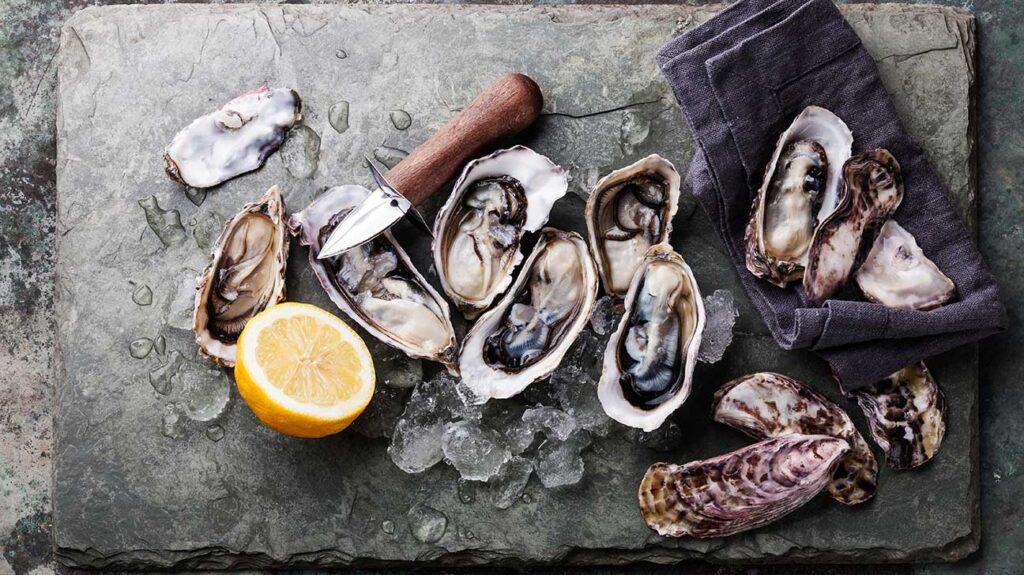 People with low testosterone may be able to raise their levels by eating certain foods, such as ginger, fatty fish, and some vegetables.

Testosterone is a male sex hormone that plays a role in fertility, sexual function, bone health, and muscle mass.

A person’s testosterone level will fall naturally with age — by 1 to 2 percent per year — but some medical conditions, lifestyle choices, and other factors can influence the amount of this hormone in the body.

Some medical treatments can raise low testosterone levels, especially in younger men, but a person can also encourage the body to produce more by making some changes to the diet and lifestyle.

In this article, we list the best foods for increasing testosterone levels. We also describe products to avoid and other ways to increase testosterone production.

A person with low testosterone may benefit from trying: People have used ginger for medicinal and culinary purposes for centuries. Modern research indicates that this root may improve fertility in men.

According to the findings of a 2012 study, taking a daily ginger supplement for 3 months increased testosterone levels by 17.7 percent in a group of 75 adult male participants with fertility issues. The authors suggested that ginger may also improve sperm health in other ways.

Authors of a study from 2013 report that ginger increased testosterone and antioxidant levels in a diabetic rat model in just 30 days.

Oysters contain more zinc per serving than any other food — and zinc is important for sperm health and reproductive function.

Males with severe zinc deficiency may develop hypogonadism, in which the body does not produce enough testosterone. They may also experience impotence or delayed sexual maturation.

People can also find the mineral in:

It is important to note that zinc and copper compete for absorption. Take care when choosing supplements to avoid consuming too much of either mineral.

The pomegranate is an age-old symbol of fertility and sexual function, and its antioxidant levels may support heart health and stress reduction.

Also, results of a study from 2012 indicate that pomegranate may boost testosterone levels in men and women. Sixty healthy participants drank pure pomegranate juice for 14 days, and researchers tested the levels of testosterone in their saliva three times a day.

At the end of the study period, both male and female participants displayed an average 24 percent increase in salivary testosterone levels. They also experienced improvements in mood and blood pressure. 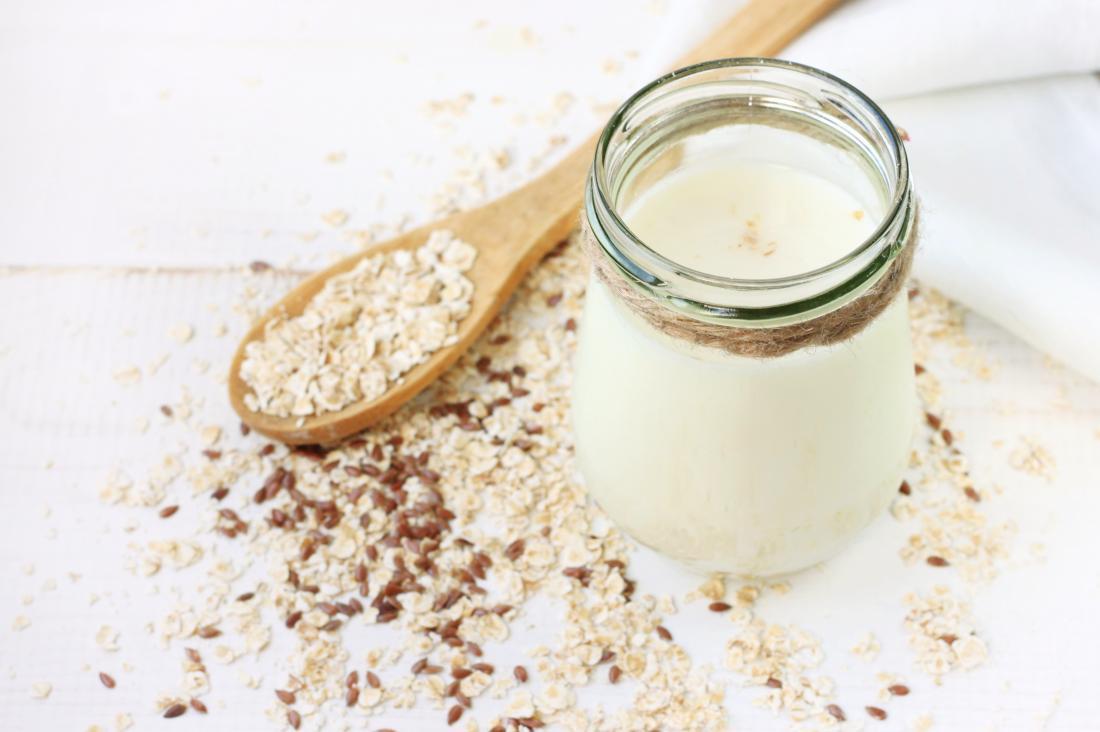 Vitamin D is an essential nutrient, and results of a study from 2011 suggest that it may increase testosterone levels in men.

It is important to note that the dosage in this study was 3,332 international units (IU) of the vitamin per day, which far exceeds the 400 IU recommended daily for healthy people.

While sun exposure is one of the best ways to get vitamin D, not everyone can spend enough time outdoors in sunny weather. In the average American diet, fortified foods provide the majority of the vitamin D.

Many plant milks, such as those made from almonds, soy, hemp, and flax, contain 25 percent of a person’s vitamin D requirement per serving. However, it is always best to verify nutritional contents by checking labeling.

Research has put to rest the concern that soy lowers testosterone levels — the bulk of the evidence shows that soy does not have this effect.

Also, some manufacturers fortify the following with vitamin D:

The medical community is not convinced that vitamin D boosts testosterone levels in healthy people. A study from 2017, for example, found that the vitamin had no such effect.

It is important to remember, however, that getting enough vitamin D every day is essential for overall health.

Vegetables such as spinach, Swiss chard, and kale are rich in magnesium, a mineral that may increase the body’s level of testosterone.

Authors of a study from 2011 found that taking magnesium supplements for 4 weeks prompted an increase in testosterone levels of sedentary participants and those who were athletes. The testosterone increases were greater, however, in the active participants.

Other good dietary sources of magnesium are:

The United States Department of Agriculture recommend that people eat seafood twice weekly. Fatty fish may be especially beneficial because they are rich in omega-3 fatty acids. A person can also boost their fatty acid levels by taking fish oil or omega-3 supplements.

Results of an animal-based study from 2016 indicate that fish oil can increase the quality of semen and the serum testosterone levels in dogs by improving their fatty acid profiles. A study in mice reported similar findings.

Examples of fish that are rich in omega-3 fatty acids include:

Olive oil is a staple of the Mediterranean diet, which may have many health benefits, including a reduced risk of heart disease and cancer.

The oil is rich in monounsaturated fat and vitamin E, an antioxidant. These factors likely contribute to the food’s health benefits.

Participants also experienced an increase in luteinizing hormone, which stimulates cells in the testes to produce testosterone.

Onions may provide many health benefits, from supporting the heart to slimming the waistline. They are also good sources of several nutrients and antioxidants.

In addition, onions may increase low levels of testosterone. In a 2012 study with a rat model, researchers found that a daily intake of fresh onion juice for 4 weeks significantly increased serum total testosterone levels.

However, determining the effects in humans will require further research.

Some foods can reduce a person’s testosterone levels. People looking to raise their levels may wish to avoid:

Many frozen or prepackaged meals and snacks are processed foods. They offer little nutritional value and tend to be high in calories, salt, fat, and sugar.

In particular, processed foods often contain high amounts of trans fats, which can reduce testosterone levels and impair testicular function, according to the results of a 2017 study. Foods and drinks that are canned or packaged in plastic can impact hormone levels.

For example, this can occur when people ingest chemicals, such as bisphenol A (BPA) or bisphenol S, from water in plastic bottles or reheated food in plastic containers.

Results of a study from 2013 suggest that men who work in environments with high levels of BPA have reduced levels of free testosterone and androstenedione, a hormone that can convert into testosterone or estrogen.

It is important to note that participants in this study worked in factory settings. In food packaging, BPA is present in much smaller quantities.

Nonetheless, the chemical does enter many people’s bodies. A study from 2011, for example, found BPA in the urine of 89 percent of men attending a fertility clinic.

Those with BPA in their urine also had lower levels of testosterone and thyroid stimulating hormone. When levels of this hormone are low, it can indicate hypothyroidism, a condition that can reduce testosterone in some men.

Moderate amounts of alcohol — such as the occasional glass of red wine — may provide some health benefits. However, drinking too much can reduce fertility in men and women.

The National Institute on Alcohol Abuse and Alcoholism in the U.S. cautions that alcohol use is linked to low testosterone levels and changes in the amounts of other reproductive hormones.

Other ways to boost testosterone

Dietary changes may increase testosterone levels, and many lifestyle changes and medical treatments can help.

A person can also increase their testosterone levels by:

Testosterone naturally reduces with age, but levels may also be low because of medical conditions or medications. Anyone experiencing symptoms of low testosterone should speak to a doctor.

Certain foods, including oysters, leafy greens, fatty fish, and olive oil, may encourage the body to produce more testosterone. Foods that contain zinc, vitamin D, and magnesium may be key.

A person can ensure that they are receiving the right nutrients by following a balanced diet.

Exercising and reducing stress can also help boost low testosterone. To see results, most people require a combination of approaches.